Home > Self Help Guide > Module 6: Why You Should Detoxify Your Body

Why You Should Detoxify Your Body

Detox your body naturally at home – find out what you are eating, drinking, breathing, and absorbing without your permission. Learn about the common toxins and pollutants that we regularly consume or interact with in the environment around us.

Worried about toxins? You should be.

The world around us is toxic. Not only has the FDA allowed 3000 food additives into your food, they allow all sorts of things into the environment that should not be there. Our natural system of filtering out and removing waste from normal human metabolism, environmental pollution, etc. has exceeded the threshold for what the body’s innate detoxification system can manage on its own. These toxins age you inside and out, they can get you sick without even knowing why or what got you sick, they can cause heart disease, cancer, immune system issues, age related mood issues, and more.

The common toxins we interact with

BPA’s were taken out of plastic containers but they still line 85% of our canned goods… even organic canned foods! (However a few brands such as Amy’s are labeled as BPA-free: if not labeled, they have ‘em!)

BPA’s were replaced in plastics (not all but a good deal of the time) by the almost-as-toxic-cancer causing BPS compounds which are also found in places such as cash register and credit card receipts, most (87%) of U.S. paper money and even 52% of recycled paper!

Organo-chlorines are toxins found in herbicides, pesticides, foods which are grown non-organically, processed foods, and toxic fats (meaning overheated fats found in all foods; especially when you eat out of course!) We DO teach you about fats; the good, the bad and the incredibly bad that most people, including doctors do NOT know about! Accumulation of these substances can interfere with hormonal activity, raise blood sugar, and also depress the immune system which can lead to auto-immune diseases, and cancer. Eating smart is one of the best methods for natural body detox.

Heavy metals from work or food exposure or even deterioration of mercury based dental fillings can infiltrate organs and cause damage. And due to industrial pollution many fish such as Tuna and Tilefish (as just two examples) contain unacceptable levels of mercury, linked closely not just to birth defects but to heart disease, brain degeneration, and more. Industrial pollution tends to be the biggest reason for dumps of heavy metals into the environment.

Speaking of the environment, we’re sure you have heard the clamor about glyphosate, the active ingredient in the herbicide, Roundup®. Now that glyphosate is getting the attention it deserves, being named as the culprit in one $280 million cancer lawsuit, another (awarded!) $70 million lawsuit with thousands more filed- and labeled as a carcinogen by the World Health Organization and the state of California, it is probably time to look at the chemical’s role in cancer and other diseases.

The symptoms of gluten intolerance and even celiac disease are shockingly similar to the symptoms in lab animals exposed to glyphosate, according to several recent clinical studies. In one study, glyphosate (seriously!) negatively affected the digestive systems of fish. It decreased digestive enzymes and bacteria, disrupted mucosal folds, destroyed microvilli structure in the intestinal wall, and increased secretion of mucin. If this is sounding a lot like a bad case of leaky gut, you could be right. It sure isn’t anything I want to be around; what about you?

No matter what, this herbicide; banned in Europe is just plain bad news. That’s why I literally insist that my patients choose organic, non-GMO foods.

Unfiltered drinking water, and even water used for showering introduces toxins into the body. This is at levels which are known to be toxic in the case of fluoride for example (shown to cause cancer), or even chlorine (same), when a municipality performs a cleaning out of their water supply system. This is also true if you are swimming in a chlorinated pool as chlorine does accumulate. Water is one of the simplest ways our bodies are exposed. It’s easy enough to filter drinking and showering water to protect ourselves.

Your results are 100% private and not stored, saved, or accessible by anyone except yourself.

This webinar covers how to detoxify your body. You will find additional answers in the next portion of this self help guide: Solutions.

Download and/or print these PDFs below for in-depth solutions.

The Scientific Evidence About Detoxing

The following articles are from Dr. Kim’s Aging Well blog and address some of the concerns in this guide.

How to Detox Your Environment in 9 Easy Steps

Have a question for Dr. Kim?
Just Ask Her

Return to Self Help Guide Continue to Self Assessment 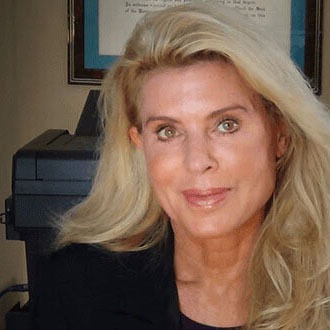 Want to work with Dr. Kim, no matter where you live? Learn about the business opportunities currently available.